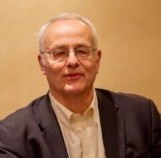 Phil Kutzko was born and raised in New York City and is a product of the New York City public schools. He attended the City College of New York and received his M.S.and Ph.D. degrees at the University of Wisconsin. He joined the University of Iowa mathematics faculty in 1974. Kutzkos research is in the area of pure mathematics known as the representation theory of p-adic groups, an area with applications to the theory of numbers. He is the author, with Colin Bushnell, of a monograph in the Annals of Mathematics Studies (Princeton) and has lectured widely on his work.He is presently a University of Iowa Collegiate Fellow and a Fellow of the AAAS. Kutzko is honored to have played a part in the University of Iowa Department of Mathematics activities in minority graduate education and in the extension of these activities to other mathematical sciences departments, including those of the three Iowa Regents universities. In this context, he directs the departmental Sloan Foundation minority fellowship program as well as the National Alliance for Doctoral Studies in the Mathematical Sciences, an NSF funded project which involves mathematical sciences departments at a variety of colleges and universities and whose goal is to increase the number of doctoral degrees in the mathematical sciences awarded to students from backgrounds that are traditionally underrepresented in those fields. Kutzko was honored for his work in this area with the 2008 Presidential Award for Excellence in Science, Mathematics and Engineering Mentoring. This award was presented to him by President Obama in a White House ceremony in January, 2010.