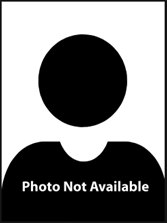 Terrence Richard Blackman was born in Georgetown, Guyana. He is an old boy of the famed Guyanese high school, Queens College. Terrence graduated Cum Laude with honors in mathematics from Brooklyn College and he holds M.Phil and Ph.D. degrees, in mathematics, from The Graduate School of City University of New York. He is currently a member of the Department of Mathematics at Medgar Evers College and he has recently been appointed as a Dr. Martin Luther King, Jr. Visiting Assistant Professor in the Department of Mathematics at the Massachusetts Institute of Technology (MIT). Dr. Blackman's research concerns aspects of the Jacquet-Langlands correspondence. These investigations are, broadly speaking, number-theoretic and they involve ideas associated with representation theory, automorphic forms and harmonic and complex analysis. Dr. Blackman is also actively engaged in research on pedagogical the issues which surround the teaching and learning of mathematics in urban, majority African American, settings. He is particularly interested in the challenges and opportunities of the integrating the use of technology, particularly those related to the use of Computer Algebra Systems, into this environment. He is actively engaged in projects to facilitate access to mathematics via the web and to create and deploy intelligent electronic mathematics textbooks. He has presented aspects of this work at local, national and international conferences on the use of technology in mathematics education. Terrence is a frequent public speaker on issues related to African American success in mathematics. He lives in Brooklyn NY with his wife Anna, son Madiba, daughter Sasha and their dog Peter.